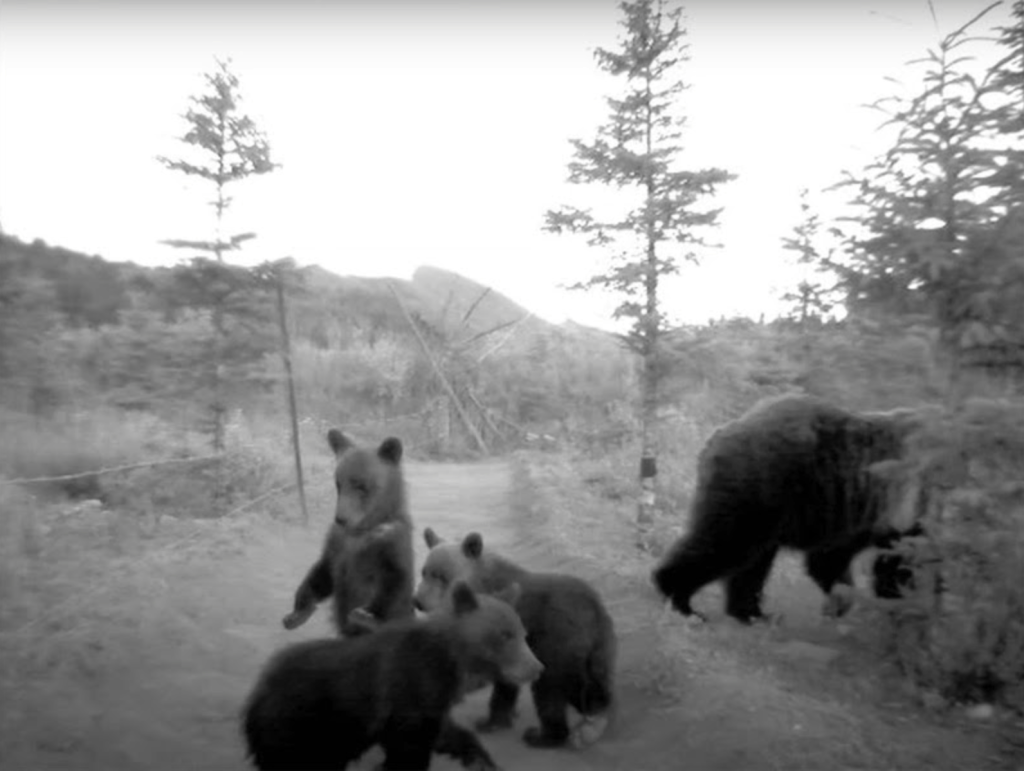 An exhibition of cast concrete sculpture and print work by the bay area artist previously exhibited in the California Contemporary Sculpture exhibit.

This exhibition is generously sponsored by The Art House. 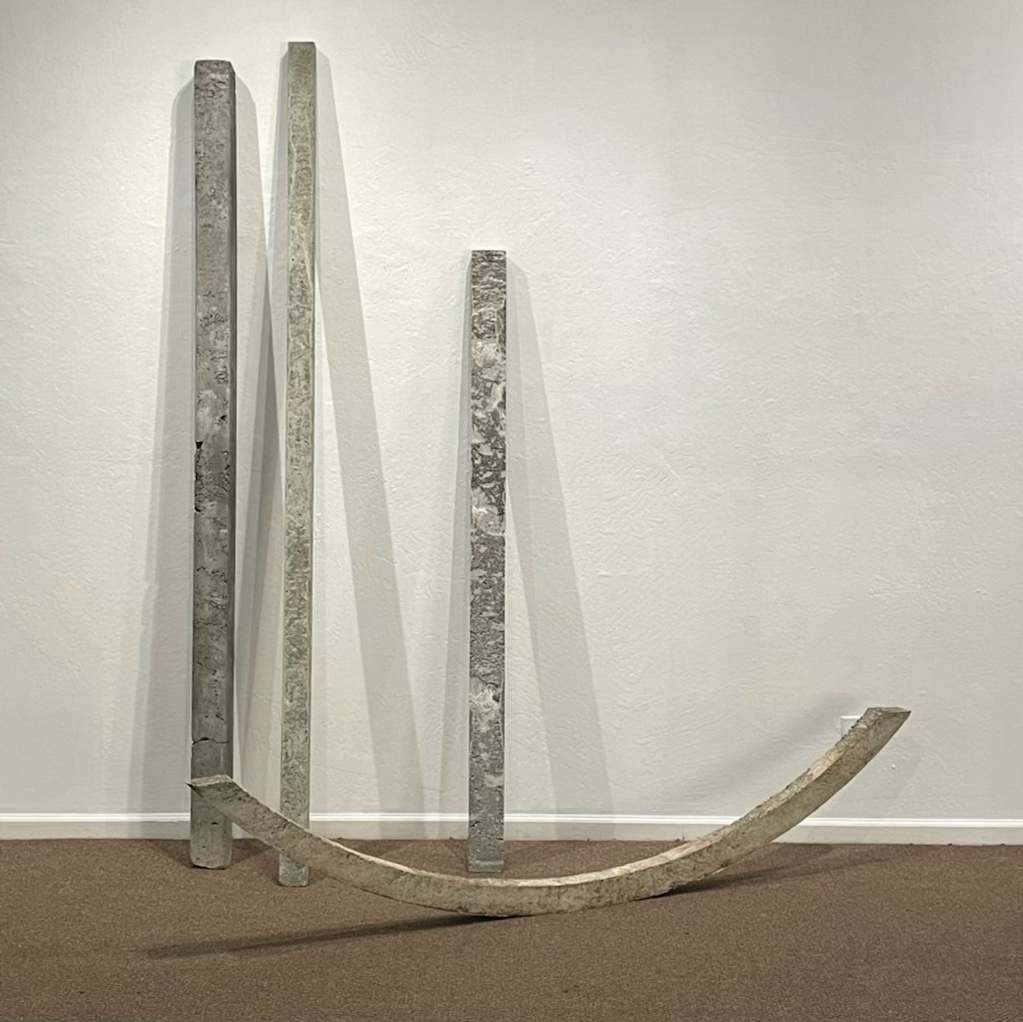 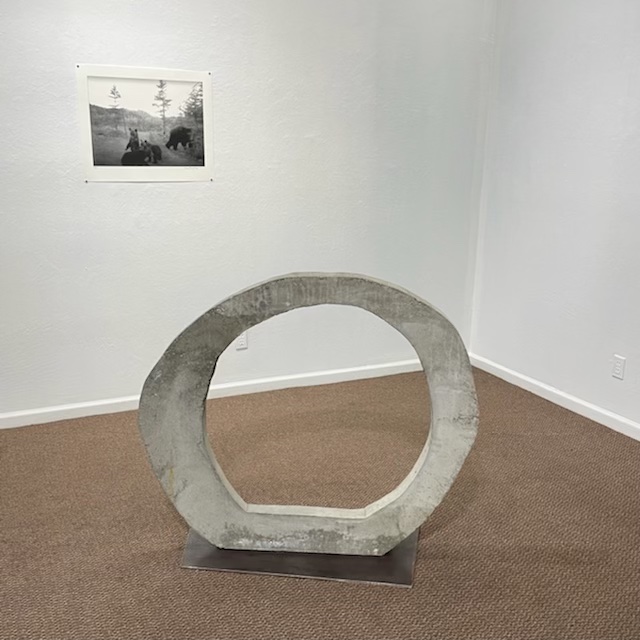 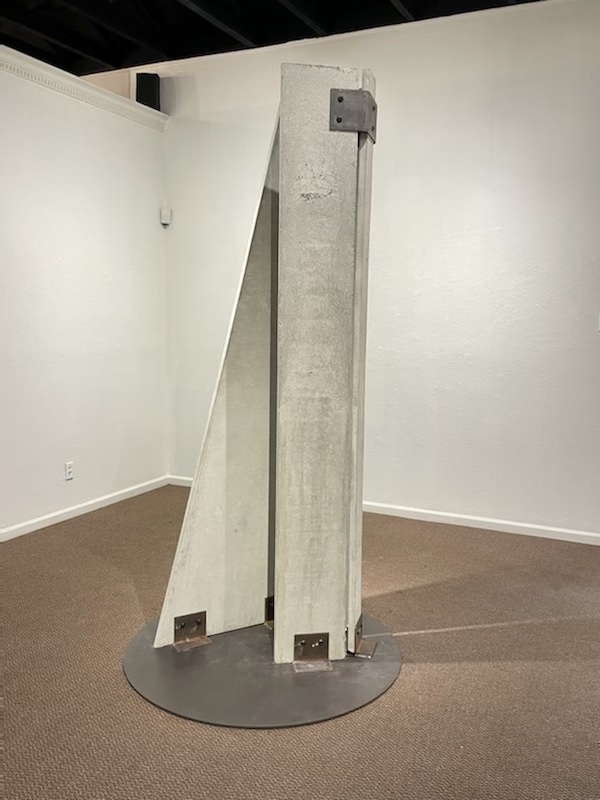 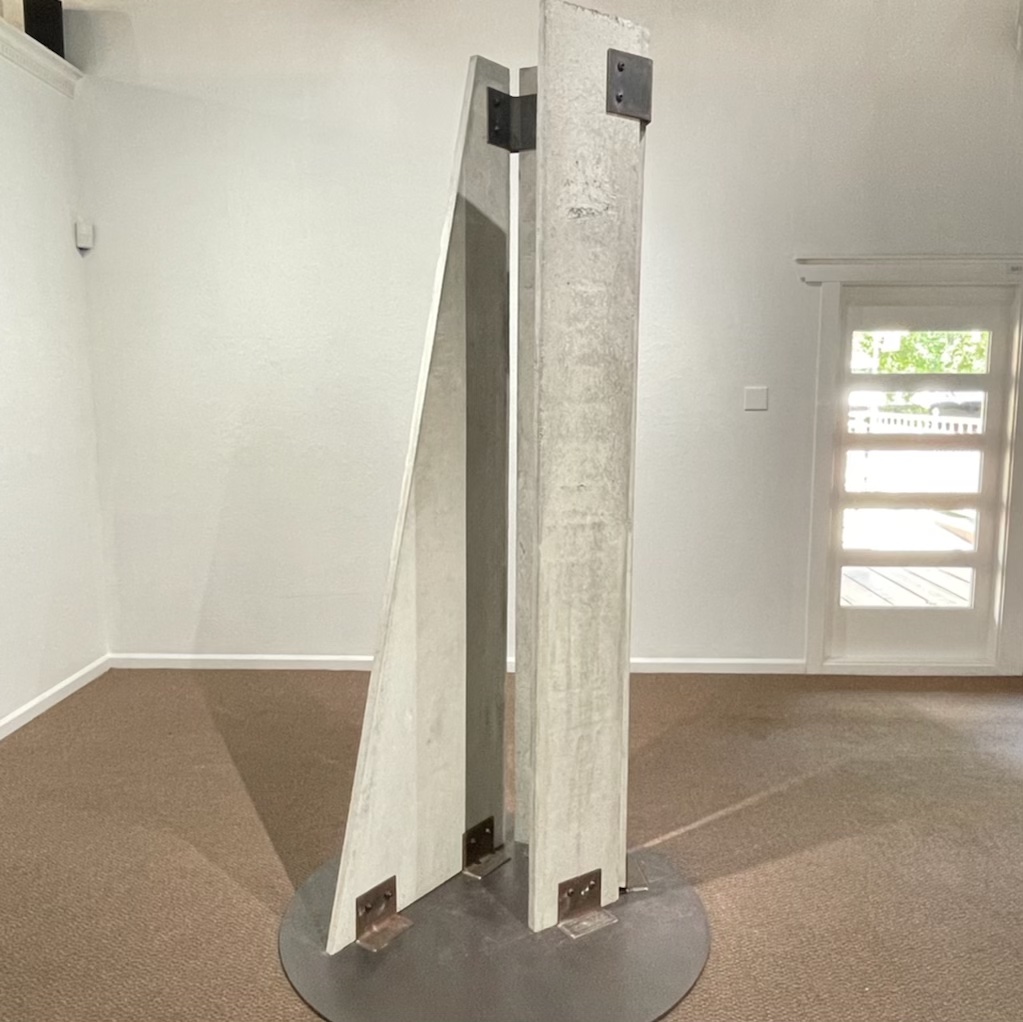 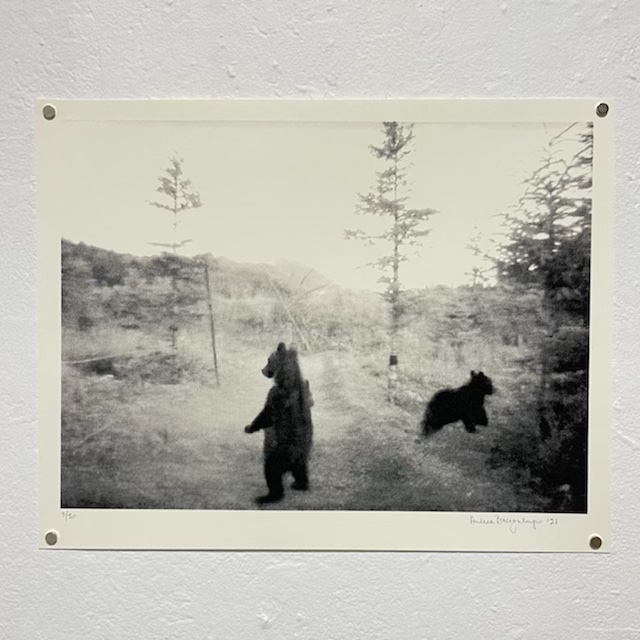 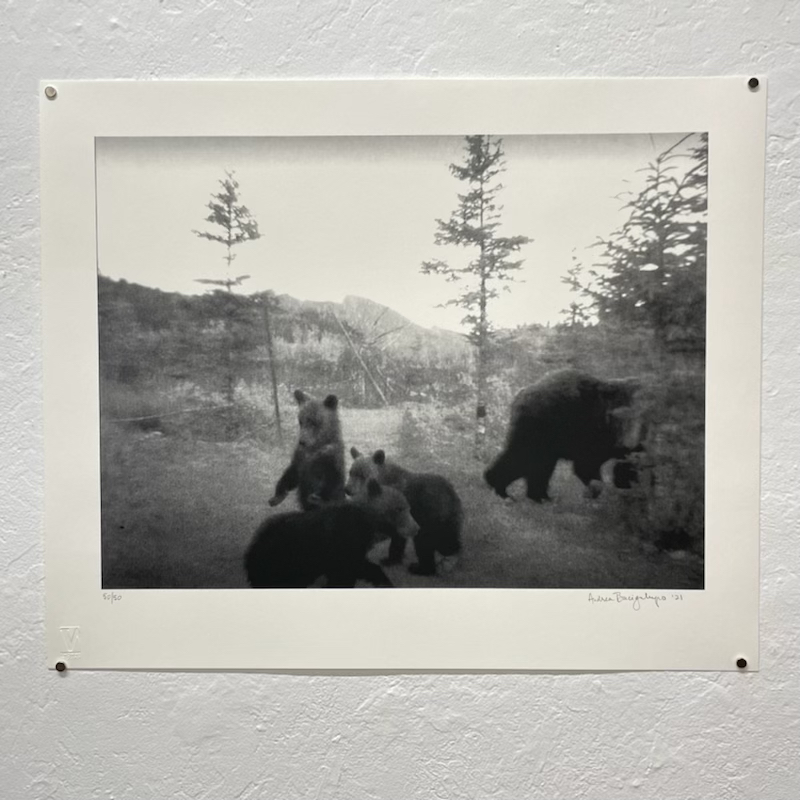 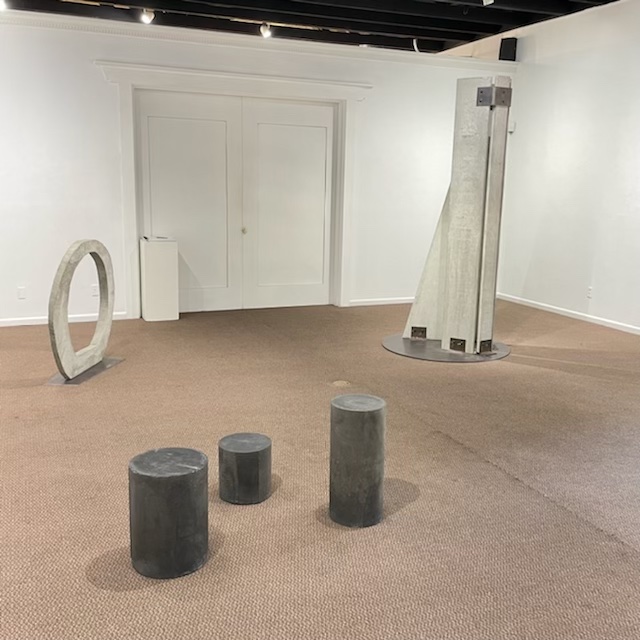 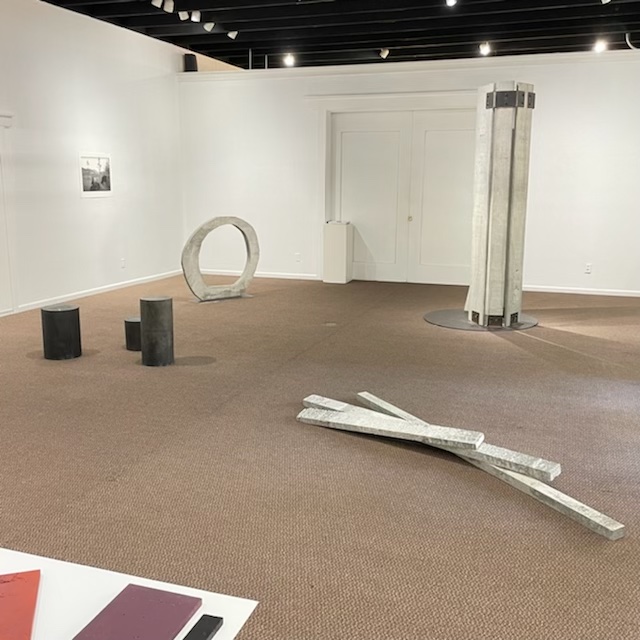 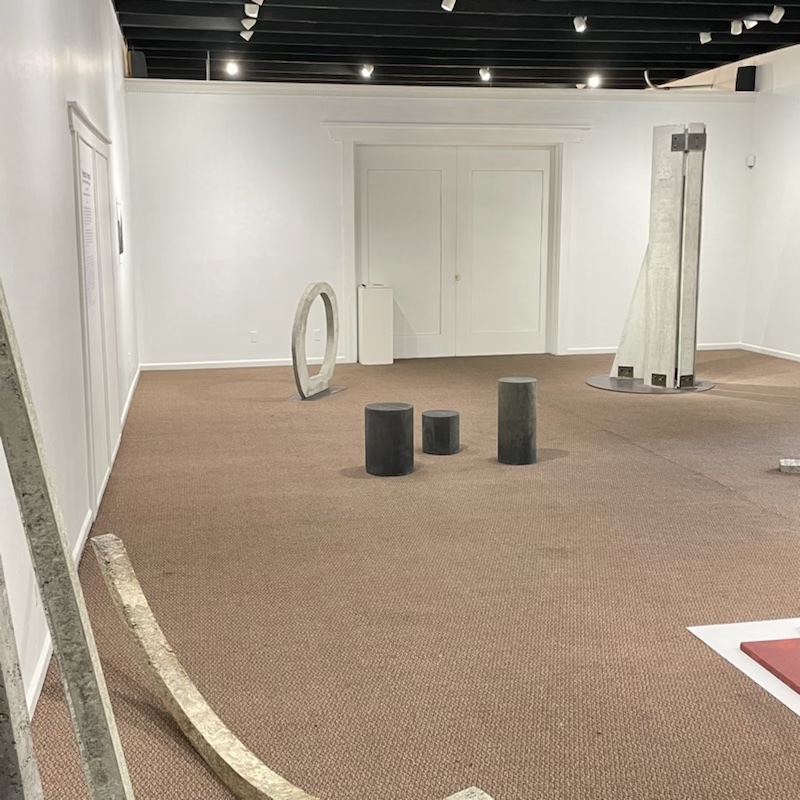 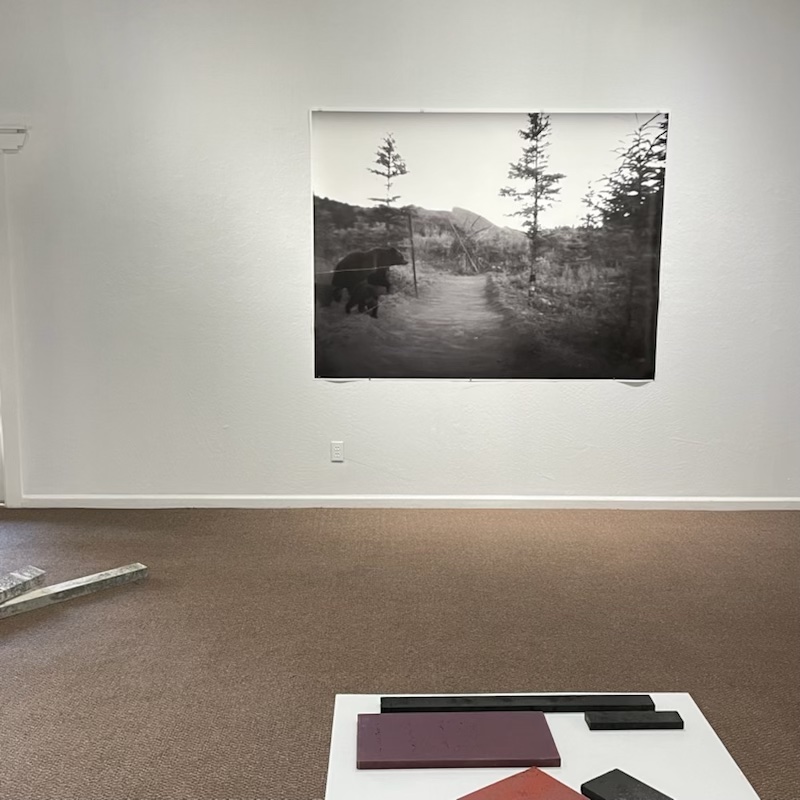 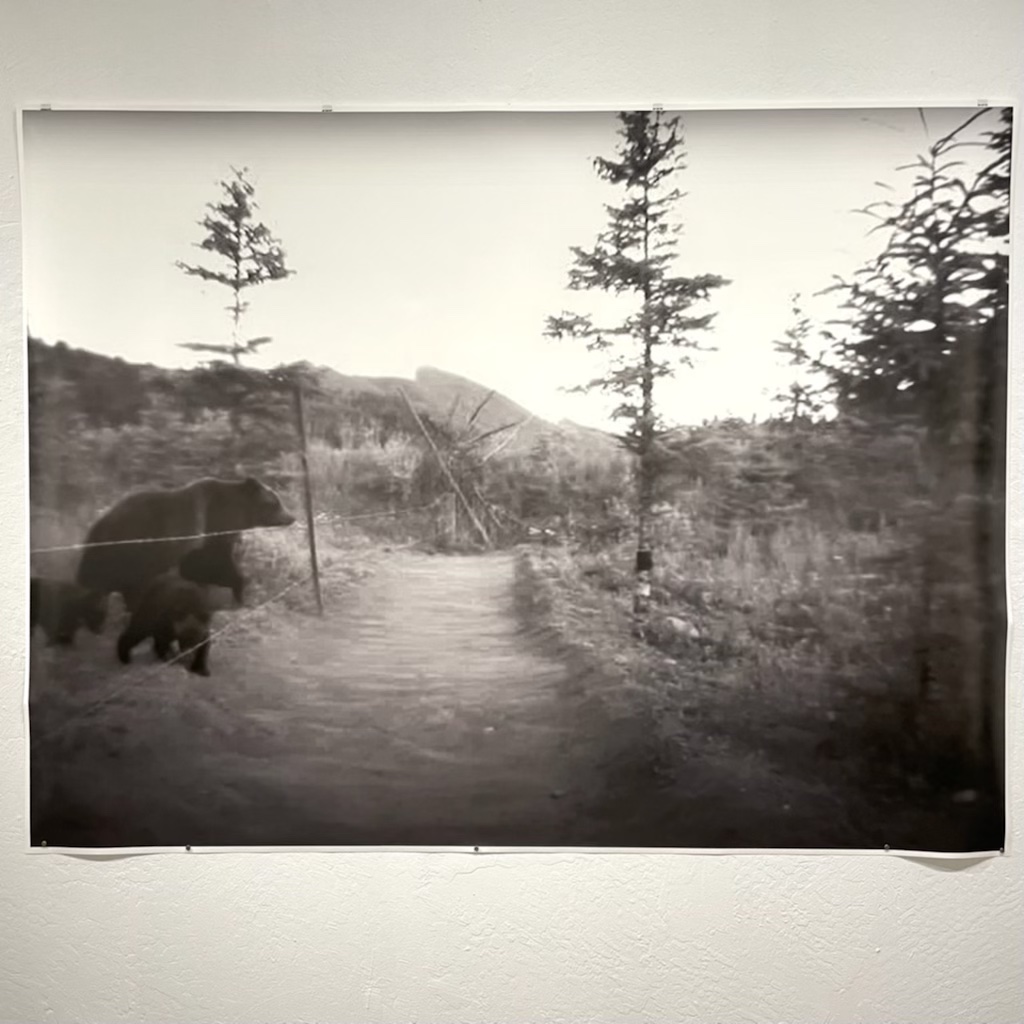 Freedom of movement and the freedom to roam, themes of past and present, and family and relationships, are highlighted in my work. I make lists, take photographs and glean from my environment and surroundings. I walk in urban, rural, and wild settings, and write in connection with making objects, usually reflecting on family and relationships, and observing how the past and the present exist at the same time.

With sculptural objects formed in concrete, I make spatial fields by placing basic concrete forms; rods, planks, slabs, wedges, ramps, and arcs in an environment. The space is an invitation to viewers to enter the field - an architectural invitation - and to move or roam freely around the objects. I believe the freedom to roam and move has the power to create an inner harmony and our own inner music.

Andrea Bacigalupo was born and raised in the Central San Joaquin Valley. She has a large extended family in both the San Francisco Bay Area and New York City -- the birth places of her parents. She has always enjoyed making tactile objects. She has a vivid memory of making a small two tiered planter box out of wood when she was about 14 and also remembers what her kindergarten teacher said about her on her report card and believes it's still true today, "Andrea draws very lovely pictures when she takes her time."

Bacigalupo is influenced by architectural, industrial, and interior design, the organic life of cities, and movement of all kinds. Andrea received a BA from Santa Clara University, a BFA from the San Francisco Art Institute, and an MFA from the California College of the Arts, and has shown her work in the Bay Area, New York, and in Europe. She lives and works in Oakland, CA with her husband and two teenage children.