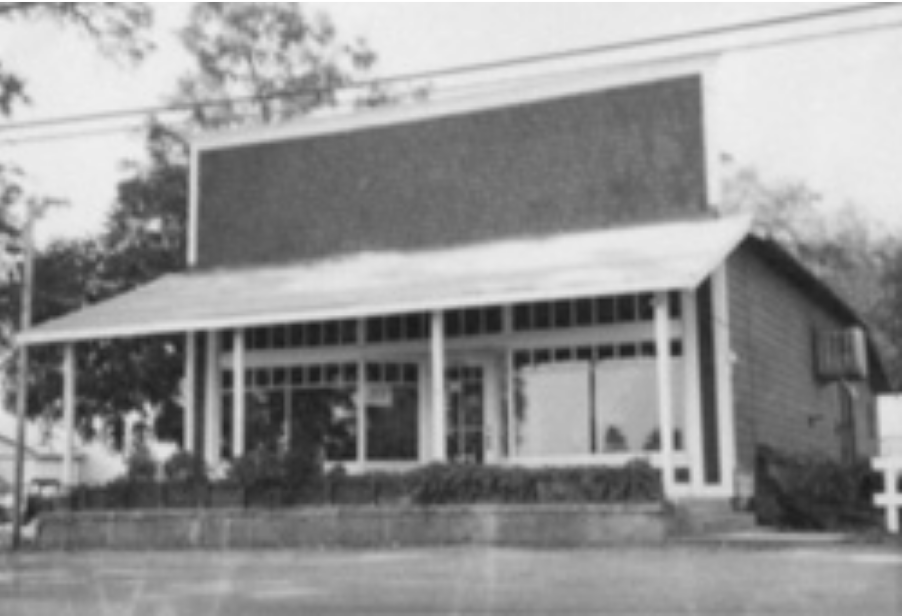 The Northern California Creative Arts Center (now known as the Chico Arts Center) was established on Salem Street near Fourth Street in Chico on November 1, 1955. The Center was created as a private enterprise free of political or religious affiliation, inspired and created to further the exchange, appreciation and production of creative arts and crafts. Within three months the NCCAC's dedicated Board of Directors voted to incorporate as a non-profit group conducting cultural and recreational activities and to promote interest in the execution and appreciation of the various arts. The Center belongs to the people of Chico.

In 1956 the Chico Area Recreation District's (CARD) Eastwood Recreation Center housed the Art Center. In 1957 it moved in with an option to buy at 1324 Dayton Road. The members purchased the building for $5,000 in 1958 and stayed there until 1969. The address at 814 Glenn Street had an Eighth Street address in 1969 as the Center faced Bidwell Park. Later it was nestled among homes and and apartment buildings, near the Chico Nature Center. 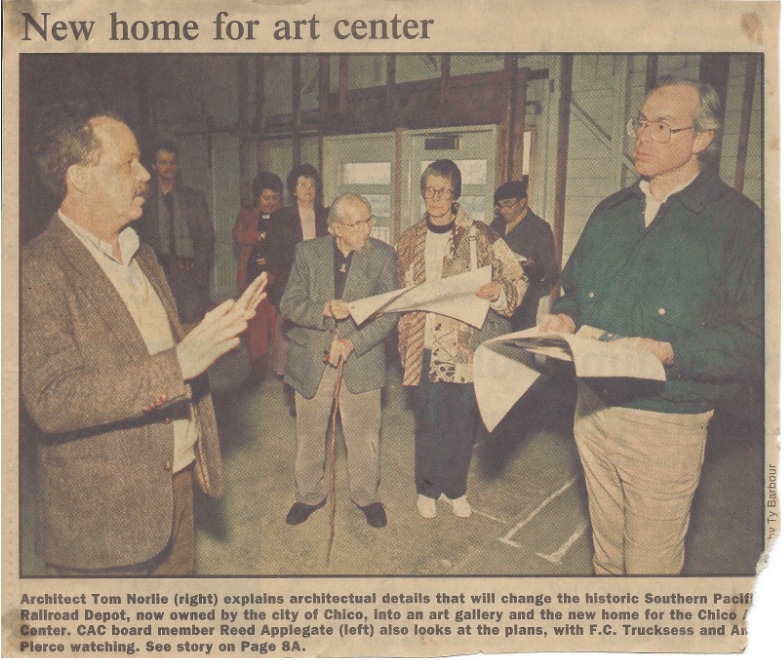 The Center found itself an important core group for the support and promotion of art and artists in the area as well as a center for many different art classes for all age groups. It was voluntarily manned by outstanding community volunteers serving as Board of Directors, Executive Directors, and workshop leaders. Class instructors were paid by students taking their classes. Membership dues, fundraisers, memorials, and an astute treasurer who volunteered for twenty-seven years paid off the second building and kept the Center solvent. 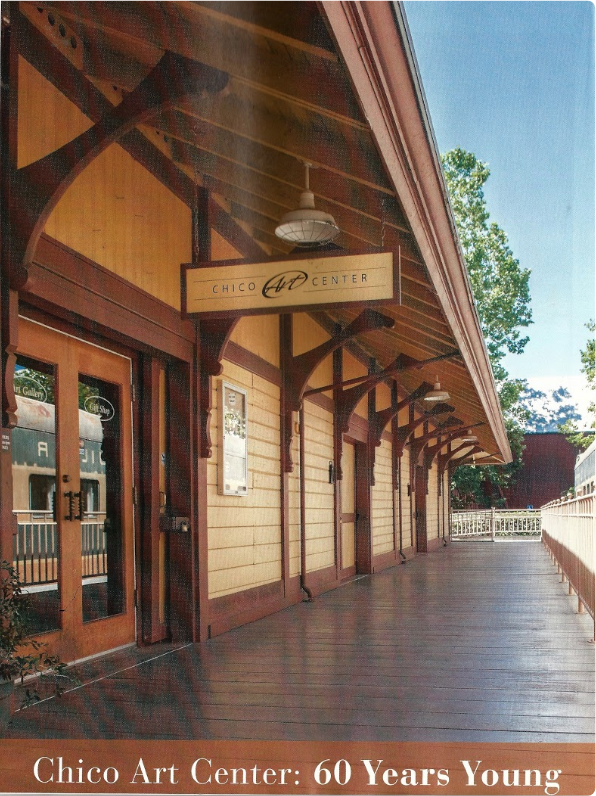 Chico's first railroad depot was constructed by the California and Oregon Railroad in 1877 at the corner of West Fifth and Orange streets and soon became inadequate for the volume of business. The community's struggle to replace the small, shabby and cramped facility for daily passenger and freight business lasted for thirteen years. Passenger service was provided through Chico until 1957.

Chico's historic depot was in danger of meeting the fate of many other closed depots–sold or demolished to save taxes and maintenance. The City of Chico and the Chamber of Commerce's Transportation Committee reached an agreement with Southern Pacific to relocate their office and lease the waiting room to the City of Chico. Amtrak also agreed to contribute the $20,000 cost of the shelter to the rehabilitation of the depot.

In 1987 the Chico Heritage Association applied for and received approval to place the depot on the National Register of Historic Places. The Chico Art Center first became interested in the depot in the Fall of 1988, and is still located in the restored depot.